The Lolita has origins dating back from the late 1970s to the early 1980s. This type of style is categorized as a feminine yet youthful type of clothing. This type of fashion gained more attention in the mid-1990s when bands who sported this image gained popularity significantly. While the country was going through a severe economic depression, Lolita flourished even more. This subculture spread to various regions of Japan due to a great demand in what some describe as “child-like cuteness.”

The structure of these dresses is generally top half kimono and bottom half petticoat. A Lolita outfit consists of a bell-shaped skirt supported by a crinoline while being worn with bloomers. A jumper-skirt is above the blouse packaged together with high-knee socks, a cute little hair bow, rounded-toe shoes and a headdress to top it all off. The material used is usually of a quality similar to that of an actual kimono and accessories also follow the traditions of a kimono, which includes the obi and long flowing sleeves. This type of fashion statement is very popular to the ladies who sew their own dresses to accentuate an already flashy piece of attire,

If you look at the traditional Kimono dress, the simple cutting brings out the feminine charm with pure elegance and maturity. When worn in these modern times, the lovely lady may go about her day strolling around with the air of superiority and confidence. The classiness is not over-bearing to the viewer who is drawn to the peaceful energy of the designs of the traditional Kimono dress.

The Kimono Lolita combines the elegance of the traditional Kimono dress to the school-girl type of vibe given off by the Lolita. This paradox ironically brings out the best traits of each fashion type. The poise in this piece of clothing is credited to the inspirations from the traditional Kimono dress while the innocence and youthfulness this dress brings out stems from the ingenuity of the Lolita.

When examing other forms of dresses, one can get the idea that this piece of clothing is clearly outdated. This specific dress in question would have the message of simply being an article of clothing worn by young women in the early 1900s. This statement would be brought to a niche following but not easy to catch on to the main-stream fashion scene.

The Gothic Kimono Lolita still carries that same energy that a standard Kimono Lolita has to offer. The blackness brings out the feeling of darkness that is still soothing due to the elements of Kimono in the dress. As the garment is worn way above the knees, this outfit appears to be more modern yet still very creative in design. This piece of fashion surpasses the notion of being only meant to be worn by a niche group of Gothic teenage girls and can easily be seen in the mainstream with its well-rounded sense of style.

The popularity of the Kimono Lolita comes partially from the creativity brought on by the Lolita movement. This subculture was originated from a yearning for individuality and originality. The original founders of this style of fashion were mold-breakers who felt the need to stick out in a very strict and somewhat gloomy society. The irony of this subculture gaining a vast amount of momentum during a Japanese economic depression is evidence that sometimes girls just want to be girls and be free to enjoy their care-free youth.

The creativity in this subculture has spurred another generation of subgroups in this one subculture itself.

Besides the Gothic Lolita, The Kimono Lolita can feature patterns that are meant for girls who are sporting humanoid characters as opposed to a traditional fashion statement which is to simply look as pretty as possible. This type of fantasy keeps this industry alive and growing. More and more subgroups can be discovered and seen flaunting around at niche conventions.

When giving these different styles of Lolita an in-depth look, we can note the subtle differences by closely looking and analyzing these comparisons. These subgenres will seem more unalike due to the category they are placed in with the added apparel making them all stand out individually. Remember, when examing the Lolita, all of these subgenres will still bring out the youthful female.

The thin, low cut skirts will bring out the voluptuousness of the wearer and will not be negated whatsoever to a role-playing theme based on fantasies stemming from the likes of comic books and myths. This outfit sports a more serious look despite the design pertaining to a more immature audience.

When compared to the low-cut look, the longer bell-shaped skirt brings the wearer more cuteness than sexiness when covering the knees. This look balances the individuality of the lady while still putting ample attention to the theme at hand. This outfit is perfect for the lady who wants to play her part in the show, but also wants the ability to show off her own personal traits as well. This brings out a smooth flow to the audience and brings out a more potent message than a simple shallow dress can provide.

The Chinese Lolita dress takes the traditional dresses worn in the early 1900s and totally revamps them while still giving off the same energy that this dress was designed in that same time period. The traditionally styled dress puts more focus on the theme of the outfit itself. This design is so aesthetically appealing, that it would cause an audience a century old to stand in awe of such creativity fit within social parameters.

With all the different types of designs ranging from short skirts to 19th century styled dresses, you will see that all of these outfits will bring out the cuteness in whatever personality the wearer has without the worries of being perceived as an “Ita.” The Kimona Lolita will continue to flourish as long as the dream to stay young continues and the creativity of these women never fade away. 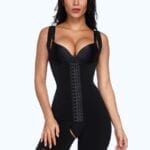 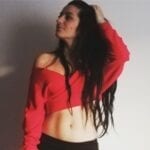 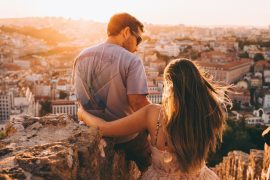 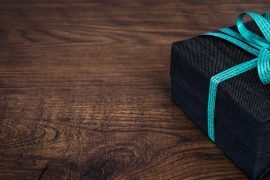 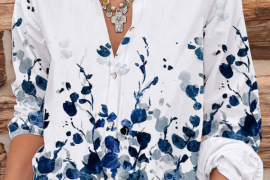